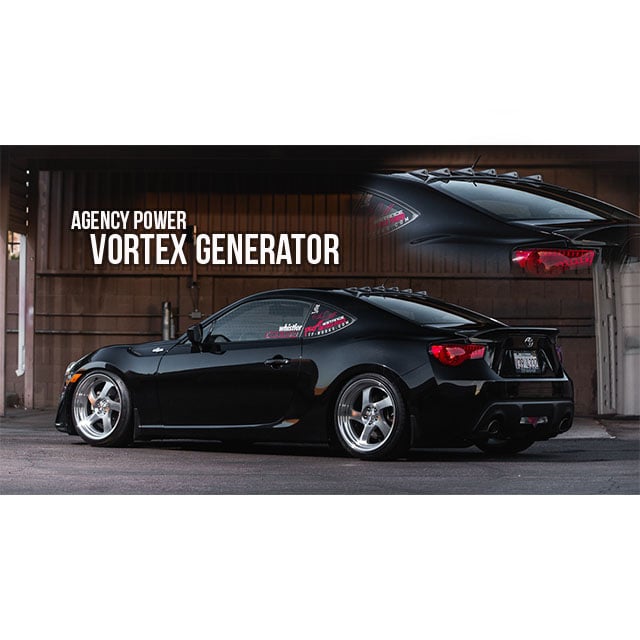 Fresh on the market is the new Agency Power Carbon Vortex Generator. A vortex generator (VG) is an aerodynamic device, consisting of a small vane usually attached to a lifting surface (or aerofoil), such as an aircraft wing or a rotor blade of a wind turbine. VGs may also be attached to some part of an aerodynamic vehicle such as an aircraft fuselage or a car. The Agency Power VG adds both functionality and style to the FT86 platform at an affordable price.
For more Agency Power carbon goods or to purchase the Vortex Generator contact: sales@brzworld.ca

Pre-order and save %5 off all orders will be shipped 1st week of January.

Promo code: VG5 on check out for a limited time only.